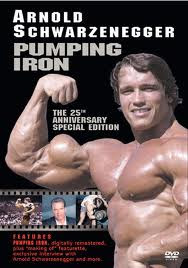 About four weeks ago, I had my iron levels tested during my annual military physical.  The results were not good.  My iron stores (measured as serum ferritin) were down to my second lowest recorded level ever: 21 ng/ml down from 27 measured back in April.  My coach and I were very concerned since I was headed into the heaviest part of my marathon training.  Not only would this affect my training (in fact it already was, I just didn't know it), but I was about to lose a lot more iron as a direct result of that training.  My coach underscored how serious this was by stating that many coaches have their athletes back off their training when their iron stores get close to 20 ng/ml.

We decided that this change in my iron stores was due to a change in my supplementation program, which I talked about in this post.  I immediately switched back to my old faithful Rugby's ferrous sulfate elixir and doubled up on my dosage.

I got my levels checked again yesterday, after waiting the full 4 weeks to retest and got the results this morning.  My serum ferritin level was 34!!!!!  I leapt up as I read this on my iPad while still in bed and started dancing around as my dogs looked at me utterly bewildered.  This is the highest value I've seen in 2 years: a clear indication that the supplementation is working and cause for celebration.

To be honest, this only confirmed what I already knew.  Within 2 weeks of starting on the new supplements, I knew I was getting better.  The crazy thing about iron deficiency is that it's a slow and sinister villain.  It creeps up on you and the effects can be extremely subtle.  It was most definitely affecting my training and explains a lot of how I was feeling in June and July.  I wasn't quite right and certainly lacked any sort of gumption in my legs when I needed it.  But, where I felt the iron deficiency the most was in my day-to-day living.

I just put this together about 3 weeks ago when I was starting to come out of my iron-deficiency fog.  I had been having serious difficulty at work and home using my brain.  I mean, this was getting bad.  I would try to concentrate but would find myself staring at something in a distracted stupor.  I was still able to get things done, but boy was it taking a lot more work than normal.  What really fell off was my motivation to take care of little things around the house.  I was just feeling too tired to do anything when I got home from work or a workout.  I was really starting to worry about being depressed or some such.  It was also impossible for me to see that this was happening until I came out the other side of it.

I linked the lack of focus to iron deficiency when I recalled having this same problem (along with a series of super crappy training runs and races) just before I ran my first sub-3-hour marathon in Eugene in 2007.  I confirmed this by looking back through e-mail exchanges with my then coach.  While I ran a good marathon, I crashed and burned a month later with ferritin levels at near zero.  My levels were probably right around 20 right before the marathon (though I didn't know to have them tested at that time).  Anyway, I was able to find numerous messages about unexplained fatigue, crappy races and finally a message about 2 weeks out from the marathon where I asked about losing creative energy during marathon training.  I wrote:


I've been have a terrible time focusing at work lately.  I was wondering if hard training could be contributing or if work has just  become seriously boring.

The first thing I noticed as my iron stores improved was a return of that laser-like focus in my daily life.  The difference was night and day, really.  The improvement came not a moment too soon.  I was ready to start taking my cat's Prozac (wrapped in a yummy Greenie treat pocket, of course)!

So, I've had a lot to be worried about lately including my looming hip/butt/hamstring pain.  I've watched as this same injury has claimed the running lives of three of my friends over the last year.  I knew I had to make a decision this week as I faced 95 miles of hard training: continue business as usual and work like hell to keep this niggle at bay or take some time to rest and let it heal. The first option is risky since, as I learned in my build up to Eugene last winter, I could push myself over the edge into a full-blown injury cycle.  The second option risked missing out on a qualifier in Chicago.  I chose the first option and sallied forth like a good soldier.

I'm happy to report that my pain has lightened up since I started giving it proper love and attention.  I have been stretching daily, doing yoga for athletes twice a week, icing my butt after runs and rolling on the ball in the TP Massageball kit every other day to work out the knots in my butt muscles.  As Julie points out in her blog, it seems to be important to allow the treated area to recover a bit before attacking it again.  I typically feel some pain during my run the day after I've worked on it, but that goes away the next day, even when I've thrown in a very hard workout.  I am now down to feeling a little tightness in the top of my hamstring for a few minutes during my run.

This week marked the end of a 4-week hill phase in this training cycle.  Yes, Chicago is a flat course, but I do hills for the training benefits as explained in this article.  The hill phase of my training is the hardest for me to get through because physically, the workouts are very strenuous and mentally, they don't correlate well with paces or efforts I find meaningful to gage my fitness.  About the best I can do is compare my hill workouts from one cycle to the next in terms of how I felt and what I did.  On Tuesday, I ran a total of 20 miles with 4 in the morning and then 16 at night.  The 16-mile workout included a bunch of sprints before I hopped on the treadmill for an hour of uphill running at lactate threshold (tempo) effort.  I ran this workout at the same incline but slightly faster than I have run it before.  That felt good.

I begin my marathon specific training next week.  What that means is that I will do a lot of miles at goal marathon pace or faster as I slowly taper my total weekly volume.  In my build up to Twin Cities last summer, I did a lot of goal marathon pace (GMP) miles.  This summer, I will be doing a lot of miles at 10-12 seconds faster than GMP.  My coach likes to switch up the training stimulus in my program.  Two years ago, I had a program that included the 10-12 seconds faster than GMP workouts and had a major breakthrough marathon come out the other end.  But, more about that in another post.
Posted by Jaymee at 4:58 PM