I now have a training plan in place that will take me through my next marathon race in Houston, Texas on January 14, 2012.  In my last post, I discussed plans to possibly race a marathon in Rio de Janeiro, Brazil in July, but I found out last week that they are only sending one female to run the race, the military winner of the Marine Corps Marathon.  When I heard the news, I was actually relieved.  I was feeling pressure to fit in enough training between now and then to at least make a decent showing.  Now, I can focus on short distances for a few months before launching into my marathon training cycle. 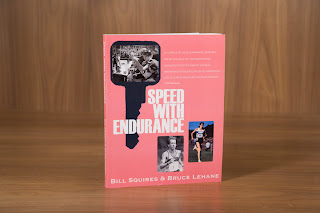 I sat down one evening earlier this week and started working on my training plan for the next 7+ months.  It follows the programs detailed in the Squires and Lehane book Speed with Endurance.   The general outline is as follows:

As I move through the plan, I will post some of the workouts that I do to give you a flavor for the program.  I have set goal races sprinkled throughout the plan that I will mostly train through.  Nonetheless, my goal is to PR at every distance from the 5k to the marathon during this training cycle.  I am shooting for the following:
5k (in mid August): <17:40
10k (in late November): <36:30
half marathon (early October): <1:19
marathon (Jan 2012): <2:42
My first race is a 5k at the World Masters Track and Field Championships being held in Sacramento in mid July.  I am training through this race since I know I won't be in shape for anything respectable by then.  I do however want to be a part of that celebration of masters athletes and run for the USA.  I am targeting a fast 5k later in the summer and will shoot for a big PR.
My plan is not easy, but neither am I (despite what you may have heard on the street).  This will be the most challenging training plan, at least in terms of volume, that I have undertaken.  It doesn't scare me in the least.  In fact, it thrills me to think about what might come out the other end as I crank through the workouts.  I had an interesting Facebook exchange going this week where a friend posted her concern about me setting such a long-term plan.  I appreciate her cautionary words and can understand how an athlete might feel obligated to stick to such a plan even if it was not working or if circumstances changed making the plan obsolete.  However, long-term plans are the norm for me since that's how Coach Nicole operated.  I would often get 6 months of workouts from her at a time because that's what I wanted.  The plan is just a plan, of course.  While I see the workouts and mileage within the plan as changeable, I have been amazed at how closely I've been able to stick to my plans in the past.  Since I am not a fan of blind obedience to anything, I don't feel obligated to follow a plan just because.
I am not sure I can convey to you how convinced I am that I will be a faster and healthier runner for having undergone 11 days of pain and torture in Arizona.  I am now able to run with ease, something I'm not sure I have ever experienced before.  I am no longer fighting my body to move forward in a running stride and that is remarkable.  The funny thing is that I never even knew that fight was going on!  Dr. Lau, from Sacramento, has now made contact with Dr. Ball, from Arizona, and they have developed a plan for me to gain even more range of motion and keep it there for the long term.  I also found out that I don't have any serious degeneration or deformities in my hip joint, though there may be something minor in there that an x-ray can't pick up.  Nonetheless, Dr. Ball said this bodes very well for my continued improvement.
It's going to be a tough row to hoe, but I am so ready for this.
Posted by Jaymee at 2:06 PM