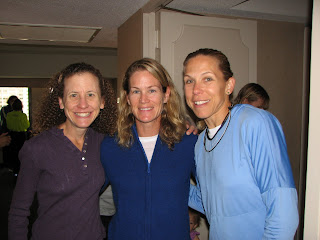 After every marathon I do, I spend a bit of time cogitating on my experience. What did I do differently that worked? What didn't I do that I should try next time? How did I feel leading up to the race and afterward? By thinking long and hard about these things and discussing them with my coach, I am able to better prepare for my next training cycle and race. I have found that it's best to treat each marathon as a learning opportunity so that, regardless of how you do in that particular race, at least you'll walk away with a lesson that you can apply to your future races.
Here is my list of lessons learned from the Twin Cities Marathon (TCM):
Thanks to everyone for your support!
Posted by Jaymee at 9:01 AM