This one's for the ladies 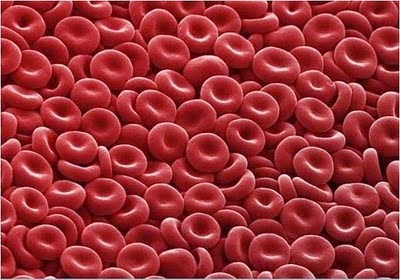 My title is intended to serve as fair warning to readers of the male species and any women who are uncomfortable with girlie talk that this sh*t's about to get real. Fast. I really, really don't like talking about this stuff, even with close friends, so writing about it is not fun either. This blog has never been about comfortable writing for me, though. So, I'll just do what I normally do when I feel uncomfortable and picture you all naked, reading my blog, eating cheetos on your couches. There. That's better.

I dropped out of my half marathon race on Sunday. Not a proud moment for me, but a necessary one. With all of the hard work I had put in, it was a great disappointment to not be able to test my fitness in a race. Again. Conditions were pretty abysmal, as all of the rain California was missing for these past few months blew in and dumped on the race course that morning. Seriously. I saw waterfalls in Golden Gate Park draining the burgeoning drainageways into lower lying areas. Given that and the fact that my Garmin completely fritzed out, I'm not sure it would have been a great test anyway. I still have no idea how fast I ran the 8 miles of the race that I did run before walking off the course. What ultimately stopped me was a health issue that has been developing for months.

I know. I just got through an injury that sidelined me for months and now this. It sucks.

My health problem is no doubt related to being in my mid-40s and likely some wackadoodle hormonal changes associated with my age. I've blogged about that before. However, this time, I am not talking about feeling a little tired or taking a day longer to recover. Here I am talking about, to be indelicate, bleeding like a stuck pig. I can't begin to quantify the amount of blood I have lost over the past few months, but it is a triumphant amount.

Of course, with the loss of blood comes anemia, and that's what is limiting me right now. I am supplementing as much as I think I can safely (liquid ferrous sulfate in OJ, 2x per day) and doing everything right in terms of not eating calcium rich foods, no tea or coffee with it, etc.  I just think supplements are no match for my archenemy or, as I like to call her: She Who Must Not Be Named (SWMNBN).

I have tested my ferritin levels (iron stores) regularly since last June and have seen a gradual decrease in those values over time: 70+ng/ml (June), 38 (Sep), 38 (Oct), 25 (Dec). So, clearly my body is losing iron stores despite the supplementation. That last downward jump, between October and November happened after my first encounter with SWMNBN. It lasted for 5 hours straight and, being my first episode, I was so afraid, I had the Genius on standby to take me to the emergency room if it didn't stop.

I started really feeling the effects in my training about 3-4 weeks ago. My legs started getting that heavy feeling, and it seemed to take more effort than necessary to hit paces. I especially felt the effects after a big episode. I've now had 4 of these with a lot of "normal" ones in between. I would need to take 1-2 days off from running right after the major events and felt like I needed tons of sleep to recover.

Without mentioning SWMNBN, I ran my fatigue and lower ferritin levels by my coach and said I thought that was contributing to my lower energy levels. He explained that a given ferritin value isn't really that useful. What is useful and important is the trend in values. He explained that hemoglobin levels were also very important in evaluating whether low iron stores were having an impact on sports performance. This all made sense to me when I read a bit more about how ferritin and hemoglobin interact to form red blood cells in this link.

Jack explained that a ferritin value of 20 ng/ml may be "good" if it was, say, 15 a month before. That indicates the body is storing iron and that iron can be used by hemoglobin to make red blood cells. If the value was 30 a month before, then there's a problem, because iron stores are being depleted and that will affect hemoglobin and hence RBC levels. He also mentioned that ideally I would want a hemoglobin level close to 14.0. He said the difference between a 13.0 and 14.0 hemoglobin level is about 40 seconds in a 5k.

I should note that a hemoglobin level of 12.4 is not considered low for non-athletes, just like a ferritin value of 25 or even 15 isn't generally considered low. However, most coaches and athletes who have dealt with "sports anemia" know that there is a real impact on performance for athletes when their levels drop below a certain point. That point may be different for each athlete, but performance is affected well before a clinical diagnosis of anemia would be made based on the ranges most doctors use. There is also a lot of discussion on the internets about "pseudo" anemia which is actually a dilution of hemoglobin in the blood due to athletes having a higher blood volume. Some have hypothesized that the normal range of 13-14 that Jack gave me are high for fit athletes. If true, then my hemoglobin levels are normal for a fit athlete. The link I posted above discusses this. Bottom line: there's a lot to be learned about all of this stuff and we don't quite understand cause and effect yet. The best we can do in the mean time is track our own stats and performance values to try to come up with our own normal ranges.

Once Jack pointed out the hemoglobin/ferritin trend link, a lot of the conflicting research results I had read in the past regarding ferritin and performance started to make sense to me. If you look at just the ferritin value and not the trend then, there likely isn't a strong correlation with sports performance. However, speaking to the trend effect, in studies where women with low levels of ferritin have been given iron supplements and experienced an improvement in iron stores (ferritin values), they generally show an improvement in fatigue levels and performance.

One of the biggest challenges I have faced and I know other athletes face, is getting a doctor to give you tests often enough to see whether there is a trend. I have gotten around that issue by ordering (and paying out-of-pocket for) my own tests through healthtestingcenters.com. It's $39 for a ferritin test and I get the results in 2-3 days. I will now be ordering hemoglobin tests too!

So, Saturday night before the race, SWMNBN paid me a major visit (even though she had been taking up residence for the past 9 days already). She swooped in with particular force, and I knew that didn't bode well. I still felt like I needed to see what would happen on race day, allthewhile knowing the odds were against me. I started the race and it felt hard to run. I'm pretty sure I wasn't going that fast. I wanted to at least make it to the point on the course where it hits the ocean because there's a nice, long downhill section where I thought I might be able to get my stride. Nope. We hit the ocean and ran into a major headwind for another 3 miles. I gave it a mile more before I dropped.

Over the next few weeks, I'll be trying to find the cause of this troublesome issue. I have decided to abandon my plans for a spring marathon in favor of keeping myself healthy. Along with low iron levels often comes injury, or at least that has happened for me a couple of times. I will be even more vigilant these next few months as I **fingers crossed** kick SWMNBN out the door and fight tooth and nail to store some iron in my muggle bones.
Posted by Jaymee at 3:30 PM