Just a spoonful of immunoglobulin 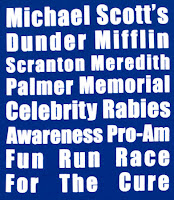 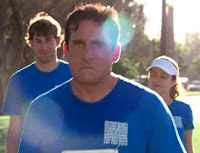 Thanks to everyone for your advice and concern.  This has been a huge learning experience, and I hope I’ve opened a few eyes to the seriousness of this disease.  Julie suggested that we organize a race for the rabid, but it appears that Michael Scott of Dunder-Mifflin has already done that.  You can get your t-shirt here.  There's also a Facebook page that you can join: Dunder Mifflin Fun Run Race for the Cure for Rabies.
Posted by Jaymee at 7:13 PM