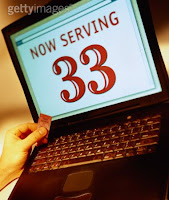 What’s so significant about the number 33?

It is my 2009 world ranking in the marathon for women over 40 according to mastersathletics.net.  That’s right.  I ran the 33rd fastest marathon time for women over 40 in the world last year (of course, they may have left out some smaller races, but it is the best available data).  According to the same site, I had the 5th fastest marathon time amongst U.S. female masters marathoners.  Crazy.  To think that I would rank in the top 40 in the world at anything that a lot of people actually do seems impossible.  I do rank second in the world (to the best of my knowledge) for the number of one-legged squats (84 squats) performed in a full vernal pool with fairy shrimp in a beaker balanced on one’s head.  But, only a few people have attempted such a feat, so that doesn’t really count.


When I was running my 13th mile on the treadmill last night at 8:30 p.m., thinking about how much it sucked, I thought about that number: 33.  I told myself, “this is what you have to do to be a world-class masters runner.”  I think the people flanking me on adjacent treadmills were thinking something completely different, as I became the human sweat sprinkler about 3 minutes into my workout.


My workouts have been getting tougher and faster this month.  I am in the speed phase of my training plan, and my legs are very aware of the shift in focus.  Strides, hill sprints and plyometrics all feature prominently in my daily runs as do a lot of repeats at 10k effort or faster.

Last Sunday, I ran 23 miles split into two runs (20 + 3). I was supposed to do this workout on Saturday, but a meeting in San Francisco carved 8 hours out of my day, leaving no time to fit in that much running.  I did, however, have time to drink plenty of wine Saturday night (I haven’t yet banned alcohol this cycle).  I was able, luckily, to sleep in Sunday morning, eat a nice breakfast and start my 20 miler at 11:30.

The workout planned within that 20 miles was a familiar one.  I had done it last summer in my build up to Twin Cities.  I love and hate having repeat workouts like this.  I love them because it gives me a chance to really compare my progress across training cycles.  I hate them for the exact same reason, particularly if I look back on the data and realize that I had a fantastic workout with paces that seem currently unachievable.

The last time I did this workout (blogged about here), I was farther along in my training cycle (13 weeks out from my goal race versus 16 weeks currently).  So, I conceded that my fitness might be lagging behind a bit.  My paces during that July workout were definitely on the quick side, so I was nervous about being able to match them this time around.  The workout included repeats of the following length and sequence in minutes: 1, 4, 3, 2, 1, 4, 3, 2, 1, 4, 3, 2 with half jog rests. For example, a 4 minute repeat gets a 2 minutes jog rest.  The paces (efforts to be more precise) were 10k for the 3 and 4 minute repeats, 5k for 2 min., and 3k for 1 min.  In sum, I spent 30 minutes at or faster than 10k effort.


The workout went great.  In fact, I was actually surprised that it was over when I finished the last repeat. Here’s how my paces compared:

I was especially pleased that my 10k effort was so much faster since the bulk of the workout is spent at that pace.  I now accept this as a harbinger of progress.

Continuing the 10k-effort theme of this training phase, last night, I treadmilled 13 grueling miles including The Rock Circuit with 3½ minute 10k repeats in place of the strides (like last week’s Tuesday workout only with longer 10k repeats).  This penciled out to be 11 x 1000m repeats with strength-building exercises in between.  I resorted to the gym because I didn't want to flop around on the ground during a rain storm.  The gym was full of resolutionists generating enough heat and humidity to provide climate control for a tropical greenhouse.  I was happy I survived but felt like I had lost about a gallon of water after 2+ hours of exercise.  I’m looking forward to doing this workout outside again over the next two weeks if Mother Nature cooperates.