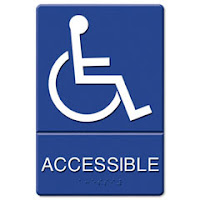 After a bit of a break, I am finally starting to ramp up my running again.  Let's be clear here: the ramp in my ramp up is closer to the ADA-approved end of the scale than a Mount Everest-like increase, but I did run 2.5 pain free miles yesterday.  These days, that achievement is like climbing a mountain.

I discussed in my last post how my adventure in Athens left me damaged.  A few weeks ago, I expected that a rest from running along with a sensible cross-training program would get me back to running fairly quickly.  I also trusted my self-diagnosis of a stressed out IT band.  Alas, until last week, my knee was not feeling better and every attempt to run left me limping in pain within a half mile.

I finally went to see the Miracle Worker.  As always, his enlightened analysis of my injury was key.  First, he pointed out that I have a "sprinter's legs" versus "marathoner's legs".  This means that my quads are meaty compared to the rest of my leg muscles.  The main injury I sustained was damage to one of my quad muscles, the vastus lateralis, and it was cramped up in a little ball.  He had me feel the suppleness of that same muscle on my other leg as a comparison.  The balled-up nature of the vastus lateralis was pushing out on the illitobial (IT) band.  The IT band cannot stretch, per se, so it pulls at the attachment points and rubs along the protuberance on the end of the femur causing my knee pain.  So, until I got the quad under control, I could roll and stretch my IT band all I wanted to no avail.  He prescribed regular rolling on a tennis ball (not a quadballer or foam roller) to break up the adhesions in the muscle and relax it.  I am finally able to roll on it without crying, and my IT pain is gone.  I can now run until my quad balls up again and irritates the IT.  That amounts to about 2-3 miles, every other day.

The Miracle Worker also pointed out that my favorite form of cross training, bicycling, was not doing my injury any favors.  He did not tell me to stop doing it because he really doesn't like to restrict cross training activities.  He made it clear that I would be exacerbating my problem by continuing to train hard on the bike and stress my quad muscles.  That news sucked to hear because it eliminated one of my cross training options.  I am now left with pool running and the elliptical machine.

I have added some spice to my elliptical training by reading books on my iPad.  This actually really helps to pass the time, especially when the book is good.  I've read the first book in the Stieg Larsson Millenium trilogy and am part way through the second.  I can't read and do hard intervals, so I try to limit my elliptical training to the days where I don't have a workout to do.

I save my workouts for the pool.  I do all of my running at the local YMCA where I buy a $10 day pass.  I throw on my floaty belt, my waterproof iPod headset, my pre-programmed Garmin 310 XT, and I'm ready to roll.  One of my favorite hard workouts in the pool is the pool ladder, where I do 1, 2, 3, 4, 5, 5, 4, 3, 2, 1 minutes hard with 1 minute easy running in between.  I don't mind the tedium of pool running when I have a job to do in the pool and find it to be a really good workout.  The "hard" running amounts to moving my little arms and legs as fast as I can underwater.  This can become quite exhausting.

I became adventurous last week when there were very few people in the pool and decided I would spend my cool down swimming rather than pool running.  I started with a modest breast stroke and felt pretty comfortable with that after a couple of laps.   I then busted out my crawl stroke.  I wasn't quite sure how to breathe with this stroke, so I recalled that Michael Phelps used a 4 stroke to 1 breath pattern in the Olympics.  By the second stroke, I had exhaled all of my air, started taking water into my lungs, and began flailing around very excitedly in the middle of the lane.  At one point, I thought I saw the lifeguard running toward my lane with a flotation ring to save me, but he passed by to attend to something else on the other side of the pool.  I regained my composure and decided to try breathing with every other stroke.  That was much better.  I was able to make it the entire length of the pool without having to stop.  In fact, I was moving faster than the guy in the lane next to me.  I was feeling pretty good at the end of the 10 minutes alternating between breast and crawl strokes.  As I got out of the pool, I noticed that the "slow" guy in the lane next to me had hobbled over to an aluminum walker and used it to make his way to the locker room.  Perfect.  I was patting myself on the back for being a faster swimmer than a disabled person.  I felt like a huge loser.

You may have already gathered that I am going to have to pass on the 1/2 marathon championships in Houston.  This is really not a big deal to me.  It would have been nice to compete in a race of that caliber and preview the Olympic Trials course, but I will not be in any shape by the end of January to run a decent half.  Plus, I don't like the added pressure that having an upcoming race brings when recovering from an injury.  I want my body to determine when I'm ready to start training again.  That was a lesson learned from my achilles injury last winter.  I pushed myself to return to running pretty fast.  In a way, I think I am paying for that now.  My body needs to heal; not just my IT band and quad but the rest of me too.  And, I really have all the time in the world to let that happen.

I was reminded this week about a commonly held belief that many runners have about dehydration causing localized muscle cramps.  Several of my friends ran the California International Marathon and were blessed with fabulous weather conditions: temps in the 50s with no rain or wind.  It actually stopped raining within a couple of hours before the race, so the air was humid at the start.  The humidity started at 100% but dropped to 80% by the 2-hour mark.  The temperature never got over 60 degrees, at least during the first 3-4 hours.  There was a lot of muscle cramping going on at the end of the race which led a few people to hypothesize that the "warm and humid" conditions caused them to become dehydrated and that resulted in their localized muscle cramping.

I remembered that the Science of Sports bloggers discussed muscle cramps in a series back in 2007 on the subject.  Basically, there isn't a scientifically rigorous explanation for why muscles cramp at the end of strenuous exercise like running a marathon or triathlon.  They do cover why dehydration and loss of electrolytes are likely not a causal factor.  Here are a couple of teasers from their initial post on the subject:


When I first read this series, I was blown away because I thought that dehydration causing muscle cramping was a law of nature.  It turns out that heavy marketing by big companies like Gatorade might be a primary reason behind why so many people still think this is true.  Happy reading!
Posted by Jaymee at 7:09 PM