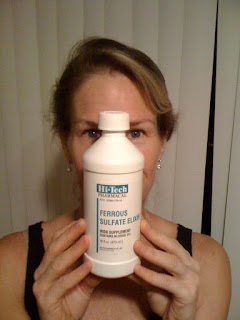 About two years ago, I was on top of the world in my running. I had just completed my first sub-3 hour marathon (spanked it actually in 2:57) and was hungry for harder workouts and more success. I had a coach that I really enjoyed working with and was awaiting my next training plan that I was sure would catapult me to my next big marathon PR.

Then, almost as quickly as he had appeared in my life, my coach disappeared into the ether. I had only worked with him for 7 short months and managed to shave 10 minutes off of an already fast marathon PR. I was slightly concerned at first when I didn’t hear from him. My concern morphed into being downright pissed off after about a month had passed with no word. I was determined to not let this sidetrack my training for the next big race and decided to cobble together my own training plan based off of the program that had put me under the 3-hour mark. I immediately started into my training taking maybe one day of rest off post-marathon and, of course, I crashed.

I was constantly tired. I was falling apart in races. Easy runs were no longer easy for me. In fact, no runs were easy for me. I wondered what happened to that kick-ass runner that had placed 10th at the Eugene Marathon and won a free pair of shoes? She was now lost and coachless. Finally, my coach emerged from a deep, dark funk and explained that he couldn’t coach any longer.

After grieving for a couple of days and wandering around aimlessly, I took a look at the website of a coach that he had recommended I check out. We talked on the phone and both decided to give our e-relationship a shot. For a number of reasons, this change in coaches was one of the most positive things that has happened in my running career. Though, at first, I stubbornly resisted changes to my training regime wondering why I should change something that was working so well for me, I quickly realized what a gem I had found in my new coach.

I described to her the lethargy I had been feeling lately during my runs as well as during normal daily activities. She asked me right off the bat if I knew what my ferritin levels were. Ferritin? I hadn’t mentioned anything about my penchant for small carnivorous mammals of the family Mustelidae to her. How could she know? Was she concerned that I had accidentally caught bubonic plague from one of them?

Of course, she was asking about my iron levels. More specifically and importantly for competitive runners, she was referring to my iron stores as measured by testing the levels of a protein called ferritin found in the blood that binds with and stores iron. The answer to her question was of course, no. She strongly suggested that I go out and find out what my serum ferritin level was, and I did right away.

My number was 12 ng/mL. This explained why I felt like dog poop. The “normal” range for sedentary female folk is 18-160 ng/mL. The other common tests for anemia like serum iron and total iron binding capacity were within an acceptable range which reassured me that this wasn’t full-blown anemia. What I had was something called sports anemia. And, surprise, surprise, my doctor had never heard of this. In fact, I struggled to convince my doctor to test my serum ferritin levels along with all of the more traditional tests for anemia. Don't be surprised if you need to be a little forceful to get your doctor to run this test and if they tell you a number below 20 is still "normal".

For competitive runners, I found out performance is significantly affected when your number dips below 20. I began studying this ferritin thing in depth and found out I was in good company. Top runners like Alan Culpepper have suffered from this, and I found out it is actually pretty common among runners and triathletes.

Why do runners tend to deplete their iron stores and become vulnerable to sports anemia? Apparently, we lose small quantities of iron through our sweat and from something called foot strike hemolysis. Foot strike hemolysis is a result of the mechanical damage to red blood cells that occurs as they pass through the capillaries in the foot during foot strike. When your iron losses exceed iron intake over a long period of time, your stores become depleted and your performance suffers.

I was living proof of this. So, what’s a runner to do about this condition? My coach had the answers because she had gone through this process of recovering from sports anemia herself. She had coached many other women who suffered from it as well. Women tend to be more vulnerable to this than men though men definitely get it too.

First, she explained that it was going to be a long haul. It would take months, maybe even a year for my iron stores to rebound. I was to start immediately taking an iron supplement, liquid ferrous sulfate, to be exact. Iron pills would not do the trick. I was to take 1 tbsp of this elixir in my orange juice (vitamin C aids in iron absorption) twice daily—forever. I was also supposed to increase my intake of red meat. She explained that, while our bodies can absorb iron from plant sources, it’s a relatively small percentage compared to what we can absorb from red meat.

I started feeling better within about 6 weeks of beginning iron supplementation. I got my serum ferritin levels checked about 6 weeks later and my levels were up to 24 ng/mL. Improvement! Within 6 months I was up to 40 ng/mL but still wasn’t feeling completely back to normal. It seemed to take about 9 months for me to feel spry again and back to normal. I started to back off the supplements, taking them once per day and didn’t eat as much red meat once the threat had passed. I had my iron levels tested a year after I first began supplements, and I was back down to 32 ng/mL.

I had my ferritin levels tested again this week and my levels are still hovering around 30 ng/mL. As my coach noted, this is dangerously close to the low end of the scale, and I could easily dip below 20 again if I don’t watch it. I immediately went out and stocked up on more liquid iron. While it turns my teeth hideous shades of grey, causes plumbing problems, and has forever tainted orange juice as a breakfast drink for me, liquid ferrous sulfate is my friend and will be for a long, long time to come.

A final, cautionary note: do not, I repeat, do not just go out and start taking iron supplements. You really need to be tested first since there are some oddballs out there that actually have similar symptoms to what I described as a result of having too much iron in their blood.

For more information about sports anemia and how it affects athletes, try the following links:

Iron Depletion: What You and Your Doctor Need to Know